Re G (child) 2015  http://www.bailii.org/ew/cases/EWCA/Civ/2015/834.html was an appeal from a finding of fact hearing in private law proceedings conducted   (perhaps that ought to be in inverted commas) by Her Honour Judge Pearl.

The appeal was on the basis of judicial bias/ unfairness, which as I’ve set out before has a relatively low bar in law  (that a reasonable observer would have concluded that the Judge was biased) but in practice is hard to pursuade an Appeal Court of, since most people who leave Court without the order they wanted tend to think that a Judge was biased.

Here the case was made out, in spades.   [Though not necessarily in terms of the Judge being in favour of one party and against the other, but rather that her treatment of mother’s case was sufficiently unfair to prejudice a fair hearing]

These are the stories we feel should be right on the radar: 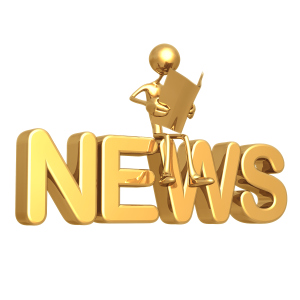 A study on the background and motivation of people who commit murders with a sexual element, such as rape and other forms of sexual assault, makes for very interesting reading.

Published this morning by the Ministry of Justice, key findings of the study include the relevance of childhood experiences and the need to find ways to allow better detection of sexual killers by establishing ways to get these individuals to talk openly about the fantasy narrative, a key indicator of potential sexual homicides.

The Government website includes this explanation of the study and its relevance:

“Sexual fantasy has been identified as an important characteristic in theories of sexual homicide, while forensic practitioners may seek to determine whether sexual fantasy played a role in a sexual killing. Thus, fantasy can be integral to case formulation and identifying treatment targets as part of rehabilitative efforts to reduce the risk of recidivism.

In Re P (A child) 2015, His Honour Judge Wood had to deal with an application for a Care Order for a girl who was sixteen years and four months old. That in itself is unusual. Even more unusual, the central allegation was that of physical abuse (which was disputed by the family). More unusual still, the allegation was that the girl had been physically assaulted by her older brother.

Now, if you have a sibling, you might be thinking along similar lines to my initial reactions.  My sister and I fought, not like cat and dog, but like two fighting roosters whose feed had been laced with PCP. We fought about absolutely everything. No topic was too trivial , no imagined slight too minor.  That did occasionally spill into physical conflict. I’m sure that my sister has many dreadful stories about me – many of which would be…

Welcome to what feels distinctly like a wintery July. Our question this week looks at important questions the nation’s child abuse scandal will raise, and what duties and responsibilities the government may have in the wake of whatever findings may come to light once the independent inquiry completes its work.

Whilst institutional responses to child abuse allegations will once again be under the spotlight, as they have been previously many times in the countless reports written on the subject prior to the Inquiry’s inception, it is likely that other more fundamental questions about social, political and religious culture will also need to be addressed.

In Australia, their own inquiry into child sexual abuse has begun to shed light on how religious movements turned a blind eye to abuse, simply because it is not considered to be abuse in itself. At home, political culture has ensured that sexual abuse of children…

New Fathers 4 Justice activist Bobby Smith from Bedfordshire and Humanworth campaigner Archi Ssan from Streatham have confronted  Sir James Munby who is President of the Family Division of the High Court of England and Wales outside the Royal Courts of Justice.

Munby attempted to make a quick exit but was prevented from doing so by the two activists.

Arhci said “We will be targeting more Judges in the coming months at home and outside their courts to make them answerable for the decisions they make behind the closed doors of the secret Family Court System.”